Over the years there have been many science fiction series’ and films that feature polite yet socially inept AI bar staff, hospitality workers, and hotel owners, such as in Passengers and Altered Carbon. Often fleeting thoughts whilst watching are: “Imaging that! A robot Michael Sheen pouring me a cocktail!” or “How long will it be before we have those?” Especially in today’s world of plastic barriers, disinfectant, and reduced human contact, the widespread practice of unmanned, autonomous hotels isn’t far out of reach. 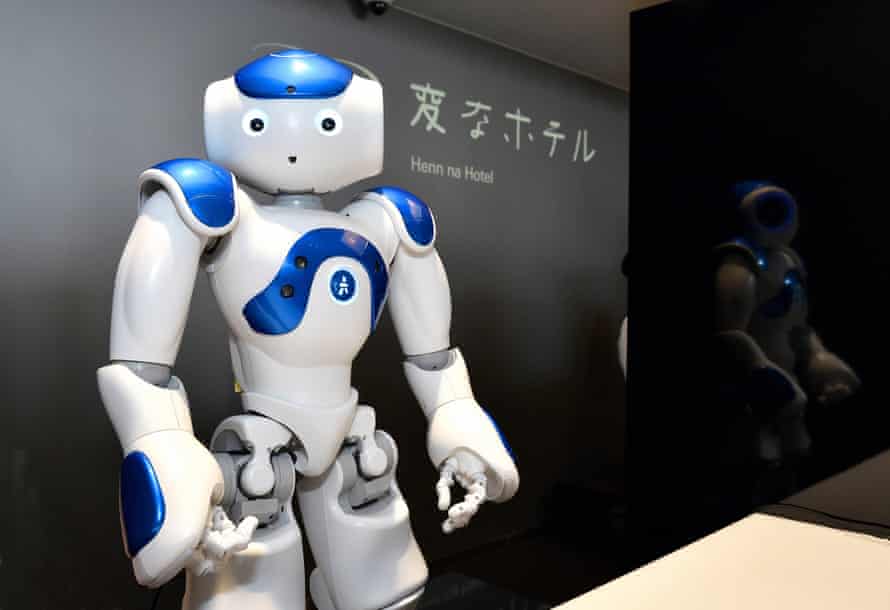 Robots are actually already being used in many hotels, and have been since 2015 when Henn-na hotel, “the world’s first hotel run by robots”, was opened near Nagasaki, Japan. Several reviews of the hotel revealed that the robots didn’t quite succeed in providing the personal and human touch that the hotel creators were going for, with clumpy, cartoon-like robots at the front desk, and a scary “velociraptor-like” robot for international guests who didn’t speak Japanese. Some things from the hotel were successful and saw a take-up in worldwide use over time, such as mechanical porters who delivered guest’s luggage to their rooms and robotic concierges providing information about the hotel such as locations and breakfast times. 6 years after the Henn-na hotel opened, the advanced robot technology used in the hospitality industry has become increasingly more reliable and better equipped to provide a range of services. Room cleaning, room service, and luggage transportation are the most common uses for robots in the hospitality industry today, not surprisingly because of the linear, uncomplicated manner of those services. More robots are being used to help with other jobs too, such as tourist information, security, and restaurant waiting, but no matter how interactive, a human member of hotel staff is widely preferred by hotel guests, as a more intimate, personal experience can be delivered. How long will it be before the progression of advanced hospitality technology rivals that of human hotel staff’s customer service? 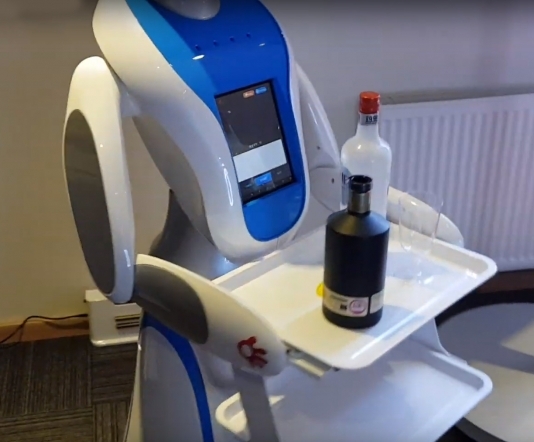 The recent pandemic of 2020 has pushed forward the desire for hotels with bare minimum staff, aided of course by advanced hotel technology, giving a demand for autonomous hotel technology. Hotel guests need to be made to feel safe, and promises of regular sanitisation, mandatory mask-wearing, and glass screens aren’t always 100% effective, whereas an unmanned hotel invokes safety being the number 1 priority and allows guests to relax. Mobile phone check-ins, virtual reality tours, robot cleaners, and guest apps for hotels providing services such as hotel information and maps, weather, tourist locations, and flight departures will become commonplace, as the elimination of hotel staff trumps any protective measures used. The safety of hotel guests must be prioritised over-delivering flawless customer service. Are these two options mutually exclusive? For now, yes, even though unmanned front desks can still have interactive displays where guests can pay for their room, receive their key, and head up to their room, the warm smile and friendly demeanour is absent. 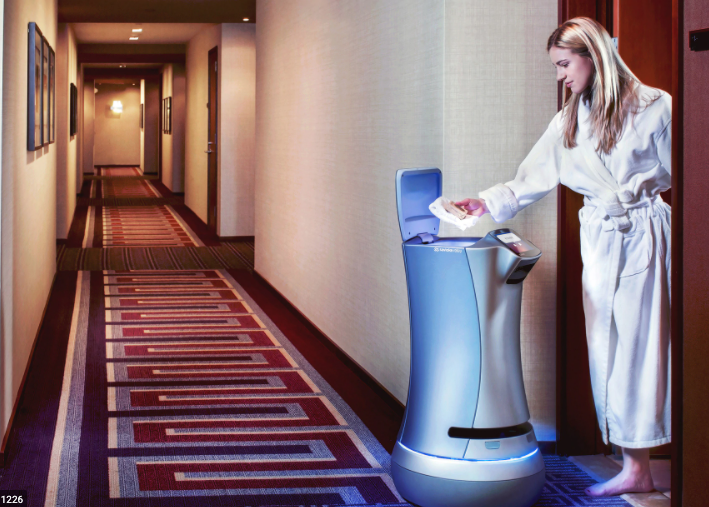 It wouldn’t be a stretch to say that the outbreak of Covid-19 has quickened the somewhat slow and steady robotisation of the hospitality industry. The lack of staff presence is thought to make guests feel more at ease, and a boom in advanced hotel technology over the last few years has enabled for the world wide catering of the industries robotic needs. Although a counter-argument would be that once the virus is globally dealt with, guests will want human hotel staff to return and bring back a level of personal customer service even the most advanced couldn’t manage (stopping short of full-blown artificial intelligence.) Specific jobs such as room service, room cleaning and luggage transportation will be heavily targetted by technology developers because of the invasion of a hotel guests space, for instance, touching their luggage or entering their room, jobs people would prefer to be done by a robot for fear of contamination.