An award-winning distiller has tipped the non-alcoholic spirits category to enjoy strong future growth thanks to a raft of innovation in the years ahead.

Howard Davies and Angus Lugsdin set up Salcombe Distilling Co. on the south coast of England in a bid to create world-class gin. It now has national off-trade and on-trade listings across the UK, while it exports to the United States, Europe and China, and has earned a clutch of award wins.

Its latest release is New London Light – a riff on London Dry Gin, but also the name of a famous lighthouse in Connecticut, which upholds the distillery’s nautical theme. The 0% abv drink is made using a two-stage process.

“We do some initial distillation in a copper still, where we distil juniper, habanero, capsicum and ginger,” says Davies. “That creates a nice base liquid with a bit of body. Then we use extracts of another 15 botanicals, blended with that, and water as well. Those extracts are produced in a variety of ways. Some of them are cold pressed. To get a good quality non-alcoholic spirit you have got to have a few strings to your bow. You can’t just rely on one flavouring method.”

The Salcombe team set out to produce a high-quality alcohol-free spirit after deciding they could produce a better offering than the majority of products currently on the market. “There are some great products out there, but some of the products on the market aren’t so strong, and we thought we could do something better,” says Davies. “It is hard. A lot of flavours in traditional distilling get combined with the alcohol, and without that it is more challenging. The whole development process took more than a year and a huge amount of experimentation.”

New London Light uses some botanicals inspired by gin, and the recommended serve is with tonic, a slice of orange and a sage leaf. Yet in future Davies believes producers will stop looking towards existing spirits for inspiration.

“We already have plans, and I’m sure others do as well, to come completely from leftfield, finding interesting flavour combinations from botanicals, fruits and spices to create amazing drinks,” he says. “Alcoholic drinks historically evolved from a particular plant or botanical that can be fermented over a period of time to produce an alcoholic base, and that then informs what flavour you end up with.

“With non-alcoholic drinks, you’re not constrained by trying to find something to ferment that will taste half-decent afterwards. It’s a completely open door. That’s really exciting. I think it will grow massively and the innovation will be fascinating.”

In the domestic market, New London Light retails for £27.50. When asked how the trade can convince consumers to pay such prices for a non-alcohol product, Davies says: “The actual complexity in producing a good non-alcoholic spirit is in many ways more complicated than producing a gin. You don’t have this crutch of alcohol, therefore it’s more expensive. By the time you take away the normal alcohol duty, and our Star Point gin retails at £40 a bottle, by then you down to around the £30 mark anyway, and this sells for £27.50, so you are there or thereabouts. The production process is more expensive and complicated.

“From a consumer marketing perspective, that’s not so interesting, so we just focus on, it tastes fantastic, it enables you to have a really lovely, sophisticated drink alongside other people that are drinking alcoholic drinks and enjoy it in the same manner. I just focus on the quality of the product and the experience.” 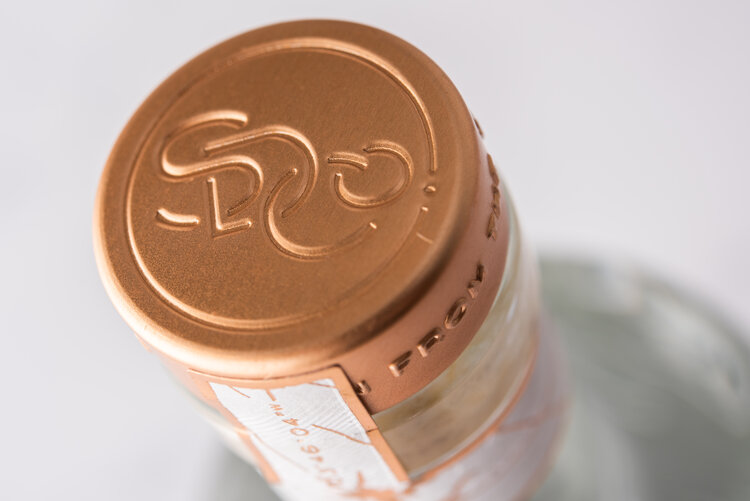