Ambitious plans to transform Torquay’s Imperial Hotel are likely to get the green light next week.

A go-ahead from Torbay Council’s planning committee would pave the way for a revamp which the hotel’s owners say will transform the Imperial into a ‘luxury hotel and destination spa’.

Historic England says the current hotel is ‘tired and functional’, and welcomes the new proposals.

At a meeting next Monday, councillors will discuss the renovation of the existing hotel to retain up to 111 bedrooms as well as the building of a spa and more than 50 apartments.

The new homes would fund the scheme for the former five-star hotel which attracted Royalty, Hollywood superstars and the Beatles in its heyday.

The Imperial is now owned by Andrew Brownsword Hotels, for whom a spokesman said: “Each dwelling would offer stylish living space and direct sea views, with the sale of properties contributing towards the costs of the improvement project.”

The plan for the main building includes a bold new façade looking out across Tor Bay. The aim is to inject new life into the hotel’s impressive entrance lobby, the 1935 Ballroom and Sun Lounge, the two main staircases and Corridor Lounge.

The number of bedrooms would be reduced from 152 to 111, and there would be a new restaurant to seat 135 and a separate events space.

However, a number of local residents have objected to the proposal, saying they fear the revamp will leave them in danger from the heavy vehicles which would service the new hotel and homes.

More than 50 objections to the scheme have been submitted to the council, but the recommendation to the committee sums up: “The proposal would result in the enhancement of a hotel facility and creation of additional housing on an under-utilised brownfield site within a Core Tourism Investment Area.

“It is considered that the proposal would deliver visual, economic, and regeneration benefits and none of the harm identified is considered sufficient to outweigh these benefits.”

The committee is being advised to agree the plan subject to a number of conditions.

A go-ahead for the Imperial would add to a list of hotel developments currently under way in Torbay. A new Hampton by Hilton hotel has already opened on Torquay harbourside, and a Premier Inn hotel is taking shape nearby. Singapore-based builders The Fragrance Group have two hotels almost completed in Paignton, a third site ready at Corbyn Head and the massive Palace Hotel site at Babbacombe primed for redevelopment. 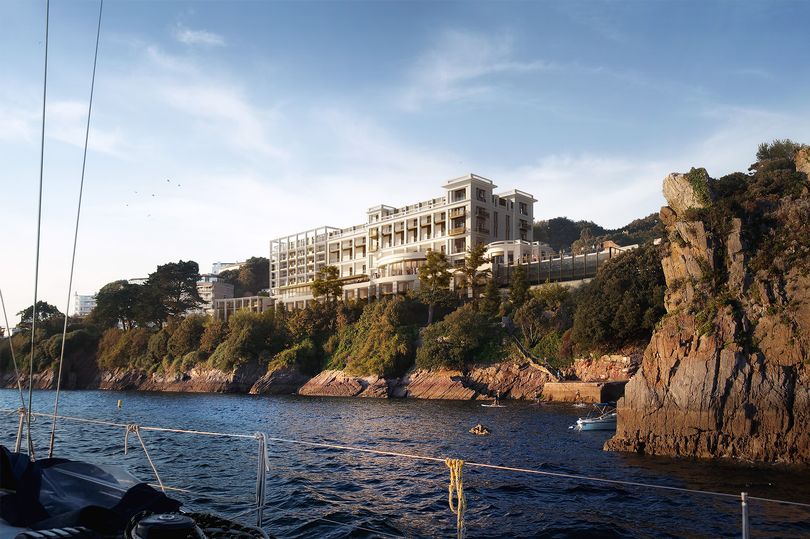